Finally installed ISSI RAM on the Bluetooth VAS 5054A board. As someone suggested, chip quick made it easier to remove. If you have no previous soldering experience then i would suggest not to touch it. 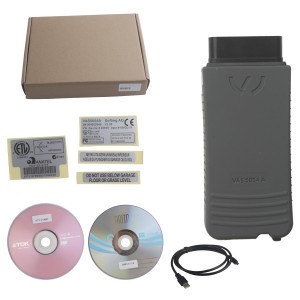 My ISSI RAM chips are also made in Taiwan like the samsung 5v 10ns chips. Probably from the same manufacturer 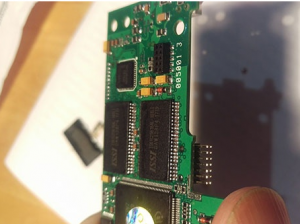 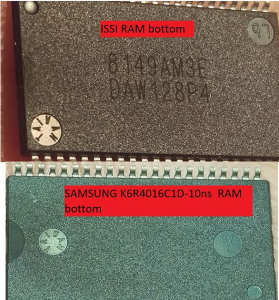 Hard to say about RAM.But there is a dimple on the bottom side corner.I think its not that easy to manufacture fake but working RAM chips.If we take example of other chips like TJAT or OKI,fake chips don’t work at all.If SAMSUNG RAM is working,then i think it should be okay.But “Who knows”….
I heard that chips or products coming from Taiwan, generally are of good quality.

I did some bench-marking today.
I have 2 vas5054a heads now.
A) with 3.3v,70ns RAM,Non AMB module under a amb2300 shield with genuine looking ceramic antenna.
B)now with ISSIS 5v 10ns RAM with genuine AMB2300 module.
My findings:
With USB connection: B is ~4 secs faster than A in displaying control module list using odis-S 4.2.2 from the moment i click start diagnosis.

Also don’t know what they did, A can take PDU updates and downgrades like a genuine one with no problem despite being non AMB. It even works with newer ODIS-E 7.2. Only draw back is i can’t change buzzer and power down settings with it. But signal and speed wise, it’s better than genuine AMB.

Interesting observations. I used it strictly as a Passthru device for Mercedes

I have noticed that on the BMW side, the clone ICOM has faster bootup than my genuine ICOMs, and I was never sure why.
Speaking of passthru, yesterday I used the VAS5054a on a Sprinter and it worked perfectly fine with DAS.