Porsche 911 GT3 This morning, I was shocked by a piece of breaking news entitled “Porsche warns 911 GT3 owners of fault”, the general content is “DETROIT — Porsche is asking owners of its 911 GT3 models to stop driving them because they can develop engine problems and catch fire. The problem affects 785 GT3 cars from the 2014 model year, including 408 in the U.S. Porsche says engines were damaged on two cars in Europe, and both caught fire. The company says there were no crashes or injuries.” 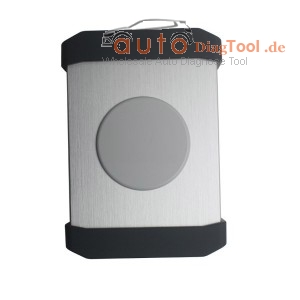 Time back to one morning of several months ago, when I entered into my car, and turn on the ignition, the check engine light on and keep flashing. I have no idea and called my friend, he suggest me if it is the Engine problem, he prompted me check whether I forgot to close the gas cap, or a component has malfunction. The gas cap is closed, as for which component has malfunction, I have no idea and have to drive it to the garage, and the garage repairman said, there is some trouble codes stored in the engine ECU, he picked out one Porsche diagnostic tool named Porsche PIWIS Tester 2 (it looks like the following picture), and a Panasonic laptop, then he use cable to connect the tester with the laptop and the car, in order to check and display the problem on the laptop. Then he install the software, during the installation he called the dealer for authorization, after the installation finished, he use the PIWIS tester to test, he showed me the trouble code , it is P0197, he said it means “Engine Oil Temperature Sensor Low”, after knowing where the problem is, he fastly and definitely solve the problem with PIWIS tester. The engineer is talkative and he said my problem is just a little case to PIWIS tester, PIWIS tester not only has diagnostic function, but supports offline programming as well as online programming, it not only work with car, but also sports car.

This is my personal experience about Porsche PIWIS Tester II, wish it can help you if you also have the same problem.