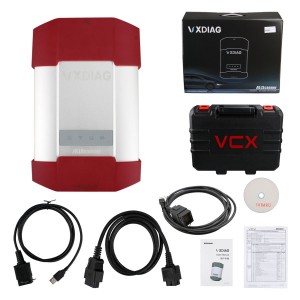 It is *extremely* picky about OS. I wound up having to buy a new(ish) laptop running win7 to get it going. Wouldn’t work with XP or 10.

I have the device manager installed and find it kind of handy as it makes sure you have comms with the box. device manager does not have to be running in order to use SSM3 software but I usually fire it up first just to make sure the box is talking to the computer and car. USB ports are dumb sometimes.

Complete access to everything with the ability to read and clear codes and manipulate other features. More or less everything that the dealership can do.

It just depends on if you think having complete access to all the systems in the car is worth it. It’s nice to have when I need it. I had a VDC code that was for the steering angle sensor. Rather than go to the dealer, I just busted out the knock off SSM and calibrated it in the driveway.

FreeSSM gives you access to the ECU and TCU. It can do everything the dealer SSM can do to those two modules only.

It should perform “learning control” of TCM after clearing memory2 was done. So, it might be able to program a new remote. if you already know how to use SSM and you know it well enough to tell if this pirate copy is acting up vs. the real thing. It’s not like they give you a license or support, so you’d better already know exactly what you’re doing with it.

It is a bit different from most. I make and program keys for a living and for a while the SSM was the only thing that would program the prox fobs. Not true anymore but I still paid less for the VXdiag with software than I would for a single piece of software for my T-code pro. . and there are 3 for Subaru. I have one which only covers the earliest models.

btw, you have to have a NASTF LSID or be very good friends with a Subaru parts manager.

You need an immobilizer code (which is VIN specific) to program keys/fobs. It does not change so once you have it for your car you can go nuts. Odds are your dealer would probably give you YOUR immobilizer code if you shop there somewhat regularly. They may charge you for it as I know they have to pay a couple of bucks to mama subie for them.

There’s also an ‘enabling password’ which is also static and I suppose is a very flimsy extra layer of security to protect the immobilizer features of the SSM. It’s 3781.

It’s handy for doing stuff like turning off the passenger seat belt warning (my dog rides over there sometimes and doesn’t like wearing his belt) or setting the wiper de-icer to work for as long as I tell it to instead of a 12 minute cycle. Or make the door locks unlock with one press of the remote. All of this is stuff you won’t be able to do (AFAIK) with any other scanner.

I also rebuild wrecks and it’s the only thing that will talk to the airbag systems so I can figure out WTF is making the light stay on after cobbling together a car from 2 or 3 others.

Someone says it will stop working after expiry date. Actually, don’t know and don’t care. mine says 2026, that’s like 9 years from now. If I have it that long and nothing better comes along, I got my money’s worth. I will say licenses for additional software titles (toyota, etc.) are only like $20 extra so I’d speculate renewing the license will be cheap if it becomes an issue.